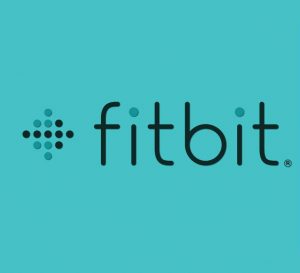 Fitbit Inc. (NYSE:FIT) has officially announced that it is buying key assets from smartwatch startup Pebble. The deal reportedly closed yesterday, December 6. Fitbit co-founder and CEO James Park said in a release, “With this acquisition, we’re well positioned to accelerate the expansion of our platform and ecosystem to make Fitbit a vital part of daily life for a wider set of consumers.”

According to reports, Fitbit bought Pebble for less than $40 million dollars. The deal is valued below Pebble’s existing debts and obligations and Fitbit will not assume Pebble’s debt. Money from the sale will go primarily to Pebble’s debt holders and main equity investors. Reports say that Fitbit is planning to sell off the majority of the company’s assets, including existing inventory and IT support equipment. The deal excluded Pebble’s hardware products.

Pebble first launched back in 2012 on Kickstarter. Its open-sourced, utilitarian smartwatches quickly became wildly successful. However, Pebble has been struggling to stay afloat financially for the past year. Pebble’s software would allow Fitbit to make more full-featured smartwatches that can run third-party apps.

Fitbit’s buyout of Pebble seems to be more about acquiring software and talent than the Pebble product line. The company doesn’t intend to keep selling Pebble smartwatches. According to reports, the Pebble Time 2 and Core products will now be cancelled, and those who contributed to the projects on Kickstarter will be refunded.

Only 40 percent of the employee base has been offered a position at Fitbit’s San Francisco headquarters. Pebble founder and CEO Eric Migicovsky will not be staying on with Fitbit after the acquisition, but many of the software engineers have been offered jobs.

The consumer wearables industry is showing serious signs of weakness. Microsoft’s is no longer selling its health-tracking Band and several other manufacturers have declined to release new smartwatches this fall. New numbers from global research firm IDC suggest that shipments of the Apple Watch were down more than 70 percent year over year. The IDC report also says that “smartwatches will continue to struggle in the near term.”

Fitbit has had struggles of its own this year. Fitbit said during recent third-quarter earnings call that it is seeing signs of softening in the market and recently lowered its forecast for the usually-critical holiday quarter. Shares of Fitbit have lost 5 percent since the first report of the deal emerged last week.