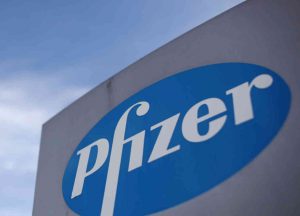 In the U.K., the price of drugs typically is well-controlled and determined by negotiations between the government and pharmaceutical companies. However, unbranded, or generic, drugs may be freely priced. The CMA said Pfizer and Flynn Pharma took advantage of this by deliberately de-branding phenytoin sodium in 2012 to raise the price. Since there were no competing suppliers, there was no pressure to drive the cost down.

Pfizer, which continued to manufacture phenytoin sodium, sold the drug to Flynn Pharma in September 2012 at up to 17 times the price than it previously charged wholesalers and pharmacies. Flynn Pharma then raised the price further. After the deal, the price of a 100-milligram pack of phenytoin sodium rose from £2.83 ($3.57) to £67.50 ($85.06).

Because epilepsy patients using phenytoin sodium capsules usually should not switch to alternative medications, Britain’s National Health Service was forced to pay the higher prices. As a result, the health service’s annual spending for the drug rose from roughly $2.5 million in 2012 to approximately $63 million the following year. The drug is used by about 48,000 patients in the country.

The CMA said the fine against Pfizer was the highest it had ever imposed. Its predecessor, the Office of Fair Trading, had issued higher fines in the past, but they were subsequently lowered on appeal. The regulator also fined Flynn Pharma £5.2 million ($6.5 million). Pfizer and Flynn Pharma both said that they rejected the findings and would appeal.

Philip Marsden, the chairman of the case decision group for the CMA investigation, said, “There is no justification for such rises when phenytoin sodium capsules are a very old drug for which there has been no recent innovation or significant investment.” A spokeswoman for Pfizer said phenytoin capsules were unprofitable for the company prior to the deal with Flynn Pharma. The spokeswoman continued on to say that the price charged by Flynn Pharma was 25 percent to 40 percent lower than the regulated price for an equivalent, branded epilepsy medicine.

Politicians in the United States are also publicly bashing drug companies over high prices. Turing Pharmaceuticals bought the rights to a 50-year-old drug that treats a parasitic infection and raised the price more than 50-fold. Mylan is also drawing fire for massive price hikes for its EpiPen allergy treatment. However, in the U.S., companies are free to set the price and increase it at any time.

Corra.Finance Price Down 2.5% This Week