Boeing Seals $16.6B Deal With Iran 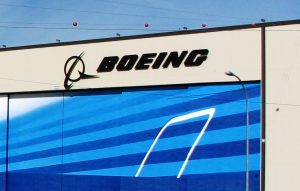 Boeing Co. (NYSE:BA) has completed the first major agreement between a U.S. company and Iran by clinching a deal to sell 80 jetliners to the Islamic Republic. The Boeing deal, first announced in June, is valued at $16.6 billion. U.S. officials cleared the way for Boeing to start the contract talks in September.

The company said in a written statement that the deal has the potential to sustain thousands of U.S. jobs. The Boeing deal would provide Iranian carrier Iran Air with 15 777-300ER long-haul jets, 15 newer 777X widebody aircraft, and 50 737 Max single-aisle jets. The planes will be delivered over a 10-year period.

Replacing planes is a priority for Iran Air, which operates some of the world’s oldest airliners. Demand for domestic travel could mean the country might need as many as 400 new planes. Boeing is seeking to capture as much of that market as possible. European rival Airbus has a similar deal for jet sales to Iran pending. In January, Airbus agreed to sell 118 planes to Iran Air in a deal valued at roughly $25 billion.

The sale to Iran Air is one of the most high-profile transactions signed since sanctions on Iran were removed. President Obama signed an executive order lifting sanctions against Iran last year after the country agreed to end its pursuit of nuclear weapons. The Obama administration has encouraged the Boeing deal, but President-elect Donald Trump’s support is uncertain. Trump has criticized the Iran nuclear accord that allowed the deal as “the stupidest deal of all time.”

The president-elect took direct aim at Boeing last week over the potential cost of replacing the jets that serve as Air Force One. “Boeing is building a brand new 747 Air Force One for future presidents, but costs are out of control, more than $4 billion. Cancel order!” he tweeted last week. A Boeing spokesman said that the company will work with Mr. Trump on the cost of the Air Force One deal.

Boeing’s sales to Iran Air require approval from the U.S. Treasury, State Department and Congress because they involve a state-owned airline. However, congressional opposition to the Iran nuclear accord has gained momentum since Trump’s victory. Last month, a bill passed in the House of Representatives that would prevent the Treasury Department from providing the licenses needed by Boeing to complete the transaction.

A number of Western companies are moving ahead with plans to enter Iran now that the sanctions have been lifted. Last week, Royal Dutch Shell announced it would begin developing oil and gas in Iran. British telecom giant Vodafone Group PLC and German conglomerate Siemens AG are pursuing their own deals, while some other big Western companies are offering varying degrees of investment commitments.