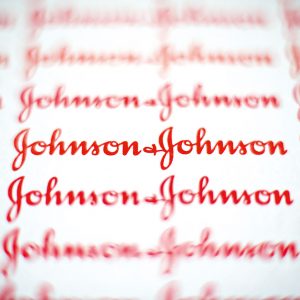 Johnson & Johnson (NYSE:JNJ) has ended its bid to buy Swiss drug company Actelion Pharmaceuticals Ltd. The pursuit of a deal was announced by the companies last month. Actelion shares have risen in recent weeks on expectations of a takeover.

Jean-Paul Clozel, Actelion’s chief executive and founder, was reportedly open to a deal that would allow him to retain control of the company. Last month, it was reported that Actelion was considering setting up a complex structure with relevant parts of Johnson & Johnson’s pharma business, which would have created a new, larger biotech group. Johnson & Johnson would have become a major shareholder in the new company.

People with knowledge of the matter reported that the price needed to seal the deal got too high, although that price was not disclosed. The deal was expected to be valued at as much as $30 billion. Johnson & Johnson Chief Executive Alex Gorsky and Chief Financial Officer Dominic Caruso have previously said they would not overpay for acquisitions. The company said in its statement, “Johnson & Johnson was not able to reach an agreement that it believed would create adequate value for its shareholders.”

Actelion currently has a market value just above $22 billion. Last year, the company reported revenue of 2.05 billion Swiss francs ($2.03 billion) and a profit of 551.9 million francs. Johnson & Johnson has a market value of more than $300 billion. Last January, Johnson & Johnson said it had more than $18 billion of cash to spend on potential deals.

This is the second time in less than two years that Johnson & Johnson has failed to complete a massive deal. Last year, the company lost out in an auction of cancer-drug company Pharmacyclics to AbbVie Inc. Johnson & Johnson’s biggest deal to date has been the $21 billion acquisition of trauma-device maker Synthes Inc. in 2011.

It isn’t clear whether other suitors are still interested in a deal with Actelion. Actelion has released a statement saying that it’s “engaged in discussions with another party regarding a possible strategic transaction.” Swiss drugmaker Roche has been mentioned as a possible acquirer of the company. Sanofi, the French drugmaker, was also reportedly considering making a bid.

There have been more than $250 billion of health care deals announced so far in 2016. That is down from last year’s tally of more than $500 billion for the year.