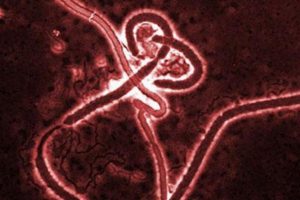 A vaccine for Ebola now licensed to Merck & Co., Inc. (NYSE:MRK) is being hailed as a success after being shown to provide 100 percent protection against the lethal disease. The vaccine, known as rVSV-ZEBOV, provides a faster, more efficient way to kill off the virus before it can do substantial damage to the body. The development is a scientific triumph that will change the way the world fights the terrifying illness.

Ebola was discovered in the former Zaire in 1976. The grotesque nature of Ebola deaths has given the disease a frightening reputation. The infected suffer copious hemorrhaging from every orifice before succumbing to the disease. Before 2014, only about 1,600 people died of Ebola. The many small Ebola outbreaks that occurred in those years were stopped in remote villages by isolating the sick and providing care providers and burial workers with protective gear that prevented their infection.

Then, in 2014, an explosive outbreak of Ebola took 11,000 lives in Africa and quickly spread overseas. It is speculated that the outbreak probably began in a bat-filled tree in Guinea. When the virus reached crowded capital cities, it spread like wildfire and dead bodies piled up in the streets. A handful of people in Europe and the United States became infected during the outbreak and one died, sparking panic of a worldwide epidemic and increasing the urgency to make an effective vaccine.

The Ebola vaccine trial was led by the World Health Organization, the Guinean Health Ministry, Norway’s Institute of Public Health and other institutions. Tests in monkeys showed that one shot protected all of them when it was given at least a week before they were given a high dose of Ebola. The shot also protected several monkeys who received it a day after being infected with Ebola.

The experimental Ebola vaccine was tested on humans in the waning days of the recent West African epidemic. Among the 5,837 people who got the vaccine, none came down with Ebola 10 or more days later. There were 23 Ebola cases among the thousands of others not immediately vaccinated. No one who fell ill within the first nine days after vaccination was counted under the assumption that they had already been infected before vaccination.

The vaccine has not yet been approved by any regulatory authority. Merck must seek approval of its vaccine from the World Health Organization and licensing by a major regulatory agency like the United States Food and Drug Administration or the European Medicines Agency. Approval is expected to be granted sometime in 2018. However, an emergency stockpile of 300,000 doses has already been created for use in the event of another outbreak.