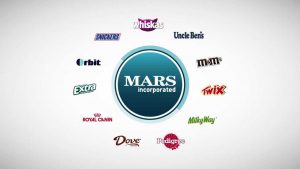 Mars Inc. has agreed to acquire veterinary services company VCA Inc. (NASDAQ:WOOF) for $7.7 billion, or $93 a share, in an all-cash transaction. Including debt, the deal is valued at $9.1 billion. The statement from the companies said that the deal has been approved by the boards of both companies. Mars has committed financing from JPMorgan Chase for the deal.

Mars Chief Executive Officer Grant F. Reid said in a statement, “We are thrilled to welcome VCA to the Mars family and to our portfolio of brands and businesses around the world.” The statement continued, “Together, we will be able to provide even greater value, better service and higher quality care to pets and pet owners.”

The acquisition price is a 31 percent premium over VCA’s closing price on Friday. VCA Chief Executive Officer Bob Antin said, “Joining the Mars family of brands provides significant value to our stockholders while also preserving the Company’s values and a culture focused on investing in our people and facilities to promote excellence in pet care and long-term growth.”

According to a statement from the companies, VCA will become part of Mars Petcare but will operate as a separate business unit. Founded more than three decades ago in Los Angeles, VCA has become a diverse pet health care company. VCA is the owner of almost 800 animal hospitals with 60 diagnostic laboratories throughout the United States and Canada. Its services include animal diagnostic imaging company Sound, a clinical laboratory called Antech Diagnostics, and overnight pet lodging through its Camp Bow Wow brand.

Mars is a massive consumer conglomerate that sells everything from candy to pet food. Mars is the owner of M&M’s, Snickers, Dove, Milky Way and Twix. It took full control of Wrigley in October, giving the company full control over Skittles, Starburst and Altoids, as well as Doublemint and other chewing gums. Mars also owns several pet focused brands, including Pedigree, Royal Canin and Whiskas, and has a food and drink segment.

The companies expect the transaction to close in the third quarter of this year. Approval is still needed from VCA shareholders and regulators. Skadden, Arps, Slate, Meagher & Flom advised Mars on the acquisition while Morgan Stanley and BDT served as financial advisers. McDermott Will & Emery advised Mars on antitrust matters. Barclays served as the exclusive financial adviser to VCA while law firms Akin Gump Strauss Hauer & Feld and Potter Anderson Corroon served as legal advisers.

Quantum Price Down 99.3% This Week