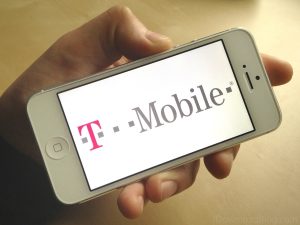 T-Mobile (NYSE:PCS) is continuing on its path to disrupt the wireless industry. The company recently announced a number of new initiatives that are designed to increase transparency and make things easier for their customers.

Beginning January 22, T-Mobile will only offer the T-Mobile ONE plan. With the new plan, T-Mobile customers will be charged exactly what is advertised, as all taxes and fees have been included into price of the plan. When you sign up for the $40 a line plan, for a family of four, your bill at the end of the month will be exactly $40 per line for your wireless service.

T-Mobile is also introducing a new KickBack program, which gives customers cash back for remaining under 2GB of data per month. Customers who don’t go over 2GB of data will get a credit of up to $10 per qualifying line applied to their bill. Customers must opt-in online and pay their bill on time to qualify for the credit.

T-Mobile is celebrating another big year in customer gains. The carrier has added more than 8 million new customers for the year for the third year in a row. About 3.3 million of them are postpaid phone customers and 2.5 million are prepaid subscribers. T-Mobile reported adding 2.1 million customers in the fourth quarter of 2016 alone.

T-Mobile is now the fastest-growing network in the country, ranking third in overall subscribers. T-Mobile has been responsible for more than 100 percent of the industry’s growth in new phone subscribers over the past four years. Its larger competitors AT&T and Verizon haven’t grown their phone customer base at all. Verizon said it lost 36,000 postpaid phone customers in the third quarter, while AT&T lost 268,000 such customers. Fourth-ranked Sprint added 347,000 of these subscribers in the period.

CEO John Legere bragged about the wireless carrier’s success at a press conference at CES 2017 in Las Vegas. Legere said, “Four years ago we launched the Un-carrier and promised to change the wireless industry for good. Consumers are responding.” Legere predicted T-Mobile will continue to add new phone customers.

Five years ago, AT&T abandoned its $39 billion plan to buy T-Mobile. The company decided to use the cash from the breakup of their failed merger to make improvements in the network. Legere’s team has extended coverage into suburban markets and built a 4G LTE network that provides network performance to rival its bigger competitors.

Today, T-Mobile’s larger competitors are focusing on other aspects of their business, notably the media divisions. AT&T has bet on DirecTV and Time Warner, while Verizon has acquired AOL and pursued a purchase of Yahoo.