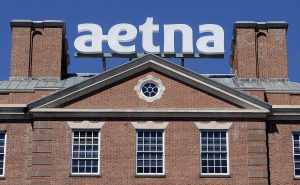 U.S. District Judge John Bates issued a 158-page ruling on Monday blocking Aetna’s (NYSE:AET) merger with Humana (NYSE:HUM) due to anti-competitive concerns. The Department of Justice sued to block the merger in July of last year, saying it would wipe out competition in 17 counties in Florida, Georgia and Missouri. Bates wrote in his ruling that Aetna’s decision regarding participation in the 2017 Obamacare exchanges in these counties was “in fact manipulated.”

Aetna pulled out of Obamacare exchanges in 11 states last August, just a month after the Department of Justice sued to block the merger with Humana. Prior to its exit, Aetna had warned the government it might exit the exchanges if the U.S. blocked the deal. Bates wrote, “This is persuasive evidence that when Aetna later withdrew from the 17 counties, it did not do so for business reasons, but instead to follow through on the threat that it made earlier.”

Aetna said its decision to withdraw from the exchanges was based on the fact that its individual policies business had lost $430 million since the exchanges opened in January 2014. However, the ruling noted that Aetna continued to participate in the exchanges in money-losing states like Delaware, Iowa and Virginia, while leaving Florida, which was projected to be profitable in 2016.

Bates also said that internal Aetna emails showed Aetna’s “repeated efforts to conceal a paper trail about this decision-making.” The ruling deals a big blow to both companies. Aetna declined to comment on specifics of the ruling, saying it’s still “reviewing the details.”

Aetna and Humana released a statement saying the companies will “carefully consider all available options” to complete the planned $37 billion merger. The companies’ options include appealing Monday’s ruling, revising the merger terms to overcome opposition, or canceling the deal. No timetable has been announced for a final decision by the companies.

Aetna Chairman and CEO Mark Bertolini and Humana CEO Bruce Broussard reaffirmed support for the deal in a joint statement. The merger would create the largest U.S. seller of private Medicare Advantage plans, covering more than 4.1 million seniors. The executives also said the companies will remain focused on their respective operating plans.

The Aetna-Humana deal isn’t the only big health care merger in doubt. The DOJ also sued to block the merger of Cigna and Anthem over anti-competitive concerns.