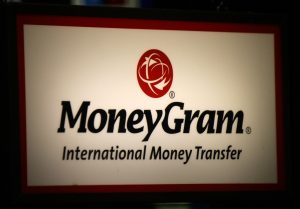 Ant Financial Services Group, the payment affiliate of Chinese e-commerce giant Alibaba Group Holding, wants to buy money-transfer company MoneyGram International (NASDAQ:MGI) and is apparently willing to pay about $880 million for it. The offer of $13.25 per share is at a premium of 11.5 percent to MoneyGram’s Wednesday’s close. MoneyGram’s biggest shareholder, private equity firm Thomas H. Lee Partners, agreed to vote in favor of the deal.

As part of the deal, Alex Holmes will remain MoneyGram’s chief executive and the company will continue to be based in Dallas. Ant Financial also said it would assume or refinance MoneyGram’s outstanding debt as part of the deal. According to a regulatory filing, that debt stood at $937.3 million on a net basis as of Sept. 30. The deal is subject to approval by the Committee on Foreign Investment in the United States (CIFIUS). The companies said the acquisition was expected to close in the second half of 2017.

Dallas-based MoneyGram has long dominated the market for cross-border currency transfers, also known as remittance payments, alongside competitor Western Union. MoneyGram has roughly 350,000 outlets in retail shops, post offices and banks in nearly 200 countries and territories around the world. MoneyGram recorded $1.4 billion in revenue in 2015.

Ant Financial dominates the online payments industry in China and is ranked as the world’s largest financial technology company. Ant is valued at about $60 billion, the same as American Express Co. Ant raised $4.5 billion in a funding round in April and has planned an initial public offering for later this year. China’s financial technology companies are on the rise, accounting for 46 percent of all venture capital investments in the industry globally in the first nine months of 2016.

MoneyGram would be Alibaba ‘s second acquisition in the United States. The company bought EyeVerify, a maker of optical verification technology, last year. The firm also backed Indian mobile payment firm Paytm back in 2015 and expanded into Southeast Asia by acquiring a stake in Thailand-based Ascend Money.

The combination of Ant’s technological expertise and MoneyGram’s large network of agents and established brand would shake up the international payments industry. Some believe that the Trump administration’s actions on immigration are unlikely to have significant impact on the global $550 billion remittances market. MoneyGram is being advised by BofA Merrill Lynch and legal firm Vinson & Elkins LLP. Ant’s financial adviser is Citi, while Simpson Thacher & Bartlett LLP is its legal adviser.