Fewer People Signed Up For Affordable Care Act Coverage In 2017 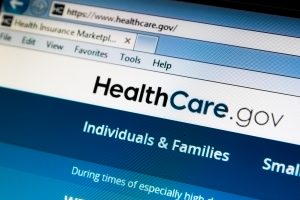 Preliminary enrollment numbers for the Affordable Care Act (ACA) show that fewer people signed up for coverage this year than last year. According to a report released on the figures, 9.2 million people signed up for insurance through the ACA for 2017. This was slightly below the 9.6 million sign-ups from last year. This was the first time that enrollment through the federal HealthCare.gov platform declined year over year.

The figures were released just days after the Jan. 31 deadline for signups for the latest enrollment season, which began Nov. 1. Enrollment through the website appeared to hold fairly steady throughout most of the year, dropping off towards the end of the enrollment period. Almost 700,000 people signed up in the last week in 2016, while about 376,000 people signed up in the last two weeks this year.

Today, 39 states use the federal website. The report doesn’t include figures from 11 states that run their own health insurance markets, including California and New York. Certain states are still letting individuals enroll. The Trump administration did not release enrollment numbers for all 50 states. The administration said it would release more information on nationwide enrollment in March.

The Affordable Care Act provides subsidized private health insurance coverage for people who don’t have access to health care through their jobs. The insurance markets have been credited with helping reduce the nation’s uninsured rate to a historic low of about 9 percent. However, the ACA’s markets have been facing a number of problems, including a sharp drop in insurer participation and double-digit premium increases. The increases averaged more than 20 percent nationally and have been much higher in several states.

Democrats have argued the Trump administration canceling outreach ads in the final week hurt enrollment. President Donald Trump and the GOP-led Congress have vowed to repeal the health law and replace it with a plan that has not yet been disclosed. Department of Health and Human Services spokesman Matt Lloyd said in a statement, “We look forward to providing relief to those who are being harmed by the status quo and pursuing patient-centered solutions that will work for the American people.”

However, Trump and the GOP Congress will face challenges trying to deliver on their promises without disrupting coverage for millions. Several advocates say people may have decided not to enroll because of uncertainty over the moves to repeal the health law.