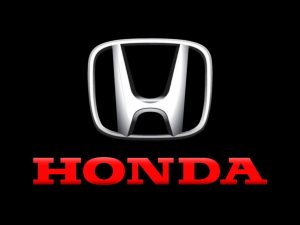 Honda Motor Co. (HMC) plans to partner with Hitachi Automotive Systems Ltd., a wholly owned subsidiary of Hitachi Ltd. (HTHIY), in a joint venture to develop, produce and sell motors for electric vehicles. The joint venture, which has yet to be named, will be 51 percent owned by Hitachi, while Honda will control the remaining 49 percent. The companies announced the agreement Tuesday.

The joint venture will be based north of Tokyo in Hitachinaka city and will have an initial capital of 5 billion yen (($44.69 million). The companies expect a definitive agreement establishing the new company to be signed by the end of March. Shares of Hitachi and Honda closed 1.14 percent and 1.37 percent higher, respectively, on the Tokyo Stock Exchange on Tuesday.

The motors from the Honda-Hitachi venture will be used for hybrids, plug-in hybrids and electric vehicles. The joint venture will manufacture its products in Japan, the U.S., and China. The companies may make use of Hitachi’s existing plants in those countries According to the statement, Honda will continue to make its own motors and will keep its production lines in Japan.

Honda CEO Takahiro Hachigo said at a briefing in Tokyo that establishing a joint venture will combine the advantages of both companies and advance the competitiveness of the motors from the joint venture. The companies expect an increase in demand for electric autos as countries implement tougher environmental standards.

Motor production requires a huge capital investment. Honda Chief Executive Officer Takahiro Hachigo said in a statement, “Producing motors is capital intensive, so rather than just manufacturing them for our own purposes, we would like to produce in large volumes with the possibility of supplying a variety of customers.”

Honda wants new-energy cars to comprise two-thirds of its vehicle line-up by 2030, from about 5 percent of its lineup today. Honda is planning to add an electric vehicle to its lineup of fuel-cell and hybrid vehicles later this year. It does not currently sell a battery-electric vehicle after the discontinuation of a limited production electric version of its Fit mini MPV model in2014.

Automakers are increasingly teaming up with partners to expand product line-ups while containing high development costs. Honda’s willingness to join with other industry players has been on display in recent months. The company announced last month that it will jointly manufacture fuel-cell systems with General Motors Co.