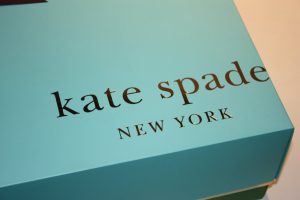 Kate Spade (NYSE:KATE) is reportedly seeking a buyer for its business. The company confirmed that it is examining “strategic alternatives” for the business. CEO Craig Leavitt stated that the company was “exploring strategic alternatives that are in the best interests of our Company and shareholders.” Kate Spade changed its name from Fifth & Pacific Cos three years after that holding company sold off its Juicy Couture and Lucky Brand labels. It had been previously known as Liz Claiborne.

The company said it would proceed with the examination “in a timely matter,” but did not set a timeline. It also said there’s no guarantee a deal would be reached. Further updates will not be made until necessary. Coach and Michael Kors have been floated as potential suitors, but neither has confirmed interest.

Kate Spade made the announcement while releasing its fourth-quarter earnings. The company’s net income was $86 million, up from $61 million a year earlier. On an adjusted basis, the company earned 41 cents a share, compared with a Thomson Reuters consensus estimate for 34 cents a share. Total sales increased about 10 percent to $471 million, lower than analysts’ expectations of $472 million, according to Thomson Reuters.

Kate Spade was one of the fastest growing retailers in the country for years until about a year ago. An abrupt change in consumers’ tastes in handbags rocked the industry and many retailers have struggled to adapt to the change. Kate Spade has been posting better results than its immediate rivals. Comparable sales at its stores were up 9.3 percent in the fourth quarter.

Kate Spade CEO Craig Leavitt said “Our solid fourth quarter and fiscal year performance demonstrate the strength of our differentiated business model, as we continued to gain market share and deliver strong growth despite a challenging retail environment.” The fashion retailer’s shares rose 10 percent on the news. Kate Spade shares are up 22 percent over the past year. The stock remains 50 percent below its all-time highs in late 2006.

Speculation has been swirling over the brand’s future for months. Activist firm Caerus Investors has been pushing Kate Spade to seek a larger buyer, concerned that the company is too small a brand to be a stand alone. In November, Caerus sent a letter to Kate Spade’s board that said, “The company’s margins are well below peers with material opportunity for expansion as licensing revenues grow and the business scales over time. A potential buyer would be able to realize material cost and revenue synergies over time.”

argenx SE Given Consensus Recommendation of “Moderate Buy” by Brokerages