Kraft Heinz Bids $143B For Unilever, Is Rebuffed 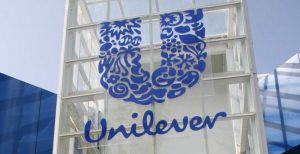 Kraft Heinz (NASDAQ:KHC) has offered to buy Unilever (NYSE:UL) in a $143 billion deal that would potentially combine some of the world’s best known consumer brands. Unilever said that Kraft Heinz offered to pay $50 a share for the company in a mix of cash and stock. The proposal is for $30.23 a share in cash payable in U.S. dollars and 0.222 in shares in the combined company. The price would represent a 20 percent premium over Thursday’s closing price for Unilever’s stock.

A takeover of Unilever would be the biggest in the food and beverage business, as well as one of the largest in corporate history. Unilever is the fourth largest seller of packaged food worldwide while Kraft Heinz is the fifth, according to data from Euromonitor International. Unilever also is the second-largest consumer-goods maker by sales behind Procter & Gamble.

Unilever’s corporate roots date back to Victorian England. Today, it has nine factories in England, including in Warrington, Cheshire and Burton-on-Trent, Staffordshire. Its products are in 98 percent of British households and are used by two billion people daily. Unilever has about 400 brands in the food, personal care and home-care markets, including Axe body spray, Ben & Jerry’s ice cream, Vaseline, Dove soap, Hellmann’s mayonnaise, and Lipton tea.

Kraft Heinz’s $143 billion offer for Unilever was spurned by the target. Unilever said that the offer “fundamentally undervalues” the company. Kraft Heinz suggested the company could make another offer. Spokesman Michael Mullen said in a statement, “We look forward to working to reach agreement on the terms of a transaction.” However, Unilever said that it saw “no merit, either financial or strategic,” for the deal and that it saw no basis for further discussions. Kraft Heinz would have until March 17 to announce its firm intention to make an offer for Unilever or walk away under British takeover rules.

Any deal may have difficulty receiving approval in the U.K. U.K. Prime Minister Theresa May criticized Kraft’s 2010 takeover of Cadbury Plc as an example of a deal that should have been blocked after the company reneged on a promise to keep a local plant open. May said at the time that takeovers should be judged not only on whether they benefited investors, but whether they benefited staff and customers as well. May’s office declined to comment on Kraft’s advances to buy Unilever.

Unilever is a British-Dutch conglomerate with headquarters in London and Rotterdam. Unilever employs about 7,500 people in the U.K. Kraft Heinz, based in Chicago and Pittsburgh, employs people in more than 40 countries worldwide. Kraft and Heinz merged in 2015 in a deal worth more than $80 billion.