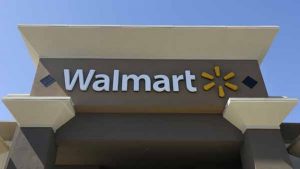 Wal-Mart (NYSE:WMT) has purchased online women’s fashion retailer Modcloth for an undisclosed amount, although Wal-Mart did say it was an all-cash acquisition. The deal included both assets and operations. The company announced the deal Friday. Wal-Mart, which has a market cap of $216 billion, was trading down slightly as the market opened Friday.

In a statement, Wal-Mart called “ModCloth, one of the top online specialty retailers of unique women’s fashion and accessories.” The company was founded in 2002 by Susan Gregg Koger and Eric Koger and caters to curvy women. Susan Koger wrote in a blog post, “I am excited to announce that we are joining the Jet.com and Walmart family.”

ModCloth’s early success attracted funding from a strong list of VCs. The startup raised $78 million from investors that included Norwest Venture Partners, Floodgate, First Round, and Accel Partners. (Norwest and Accel also backed Jet.com.) However, trouble started brewing for ModCloth as its growth began to slow. The company saw multiple rounds of layoffs and numerous executive changes as a result.

ModCloth’s strong social media presence, highly engaged community, and brand reputation attracted Wal-Mart’s attention. The acquisition will also help the company target a younger and hipper clientele that might not have shopped with Wal-Mart previously. The deal will also increase Wal-Mart’s e-commerce footprint. Designers selling on ModCloth can now sell through Jet.com and Wal-Mart’s other e-commerce sites.

ModCloth will join the Wal-Mart U.S. e-commerce retail organization but will continue to be based in San Francisco, Los Angeles and Pittsburgh. It will continue to operate its own website as a standalone and complementary brand. No job losses were announced as part of the deal. The company currently has more than 300 employees.

The Walmart statement read, “The compelling styling, branding and content currently available online, along with deep industry relationships and expertise, will help us further enhance our overall customer experience.” However, some customers posted on Twitter voicing their disappointment with the deal. They complained that ModCloth’s independent vibe will be lost with Wal-Mart in control.

The transaction is Wal-Mart’s fourth digital acquisition since September. The company closed its $3.3 billion purchase of Jet.com that month. In December, Wal-Mart purchased Shoebuy for $70 million. In January, it announced it had purchased outdoor apparel retailer Moosejaw for $51 million. Wal-Mart’s Jet.com acquired home and lifestyle online store Hayneedle in March 2016.