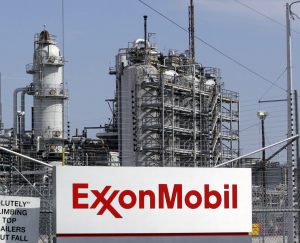 Exxon Mobil (NYSE:XOM) has admitted in Manhattan Supreme Court that it lost a year’s worth of emails from an alias account used by its former CEO during his tenure. Attorney General Eric Schneiderman made accusations earlier this month that former Exxon CEO Rex Tillerson used the email name “Wayne Tracker” from at least 2008 through 2015 to discuss environmental issues and climate change. Tillerson is now U.S. secretary of state.

The Wayne Tracker email account was uncovered by the attorney general’s investigators while reviewing other Exxon records. The attorney general’s office is investigating the company for allegedly deceiving investors about its scientific research on climate-change impact. According to attorneys for Exxon, Tillerson was the only custodian who used a secondary account. Wayne is Tillerson’s middle name.

Exxon lawyers were initially unable to recover the “Wayne Tracker” emails from September 5, 2014 to September 16, 2015. Exxon lawyers wrote a letter to the court blaming the email loss on computer issues. They now say in a court filing that nine-months-worth of the lost emails have been recovered. Many of them were recovered from other employee accounts. To date, none of the emails from September 5, 2014 to November 28, 2014 have been found.

The company’s attorneys said that Tillerson’s “Wayne Tracker” emails were exempted from a “file sweep” that protected personal emails on Exxon’s server from automatic deletion. The emails were classified by Exxon’s system as non-personal, and were deleted. The letter says, “ExxonMobil is aware of no email account, other than the Wayne Tracker account, for which this issue has arisen.”

A ruling by a judge to produce the documents comes 16 months after the attorney general’s office first issued a subpoena in the investigation. Exxon has been ordered by Judge Barry Ostrager to deliver sworn statements and records from staffers responsible for monitoring the “Wayne Tracker” emails so it could be determined how they were lost. Exxon was also ordered to meet with the attorney general’s office to figure out what can be done to recover the lost emails.

Exxon has been ordered to produce all emails company executives allegedly sent using pseudonyms. The subpoena also seeks to recover documents that may have been destroyed by the company. According to Exxon, more than 400,000 documents totaling more than 2.6 million pages has already been provided. Investigators estimate there are hundreds of thousands of documents covered by the subpoena yet to be handed over. The ruling requires the company to provide some documents by March 31.

JOE Trading Down 4.2% This Week