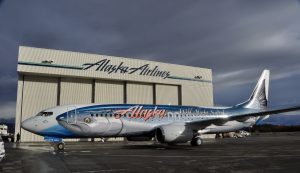 Alaska Air Group (NYSE:ALK) has announced that it would be retiring the Virgin America brand in 2019. Alaska’s vice president of marketing Sangita Woerner said in a statement, “While the Virgin America name is beloved to many, we concluded that to be successful on the West Coast we had to do so under one name – for consistency and efficiency, and to allow us to continue to deliver low fares.”

The joint airline will be simply called Alaska Airlines moving forward. The newly-merged airline will be the nation’s fifth largest behind American, Delta, United, and Southwest, operating a fleet of more than 280 aircraft on 1,187 daily flights. The deal will greatly expand Alaska’s strength in California. Alaska recently announced it will greatly expand routes from the San Francisco Bay Area.

The airline still maintains that it plans to use some of Virgin America’s features in the future brand. Many of the elements that consumers loved about Virgin America are expected to live on, including Virgin’s boutique product offerings and award-winning service. Some of those offerings will include a new satellite based wifi system, free inflight movies, redesigned interiors with mood lighting, more stylish crew uniforms, upgraded airport lounges, more premium seating, and more complimentary upgrades.

San Francisco-based Virgin America was founded in 2007. Richard Branson’s Virgin Group held 25 percent of the airline’s equity. His support made the airline possible. Alaska acquired Virgin America for $2.6 billion in December. Virgin Group divested its shares with the sale and the newly-merged airline is allowed to use its branding under license. Branson wrote in a statement, “This was the ride and love of a lifetime. I feel very lucky to have been on it with all of you.”

Fans of Virgin America were disappointed by the news. An aircraft with a joint livery was released in December of last year, giving hope that both brands would continue to live on. However, Alaska’s announcement came as no surprise to people in the business. Running an airline within an airline adds complexity and costs.

Continental and US Airways have also disappeared in the past decade after merging with competitors. Mergers also grounded Northwest, AirTran, and America West in recent years. It remains to be seen how travelers will be affected by the dwindling number of U.S. airlines.