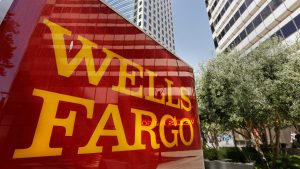 Wells Fargo (NYSE:WFC) has announced its intentions to claw back tens of millions in additional compensation from top former executives involved in the fake account scandal that rocked the bank last year. The crisis blew up for Wells Fargo in last September as reports emerged that the company’s employees may have opened up to 2.1 million accounts without customers’ permission. The revelation triggered government investigations and a settlement with the Consumer Financial Protection Bureau.

An investigation conducted by outside investigators concluded that the leaders of the company had not acted swiftly to contain the problem. According to the report, investigators found that the bank’s senior leaders “distorted the sales model and performance management system, fostering an atmosphere that prompted low-quality sales and improper unethical behavior.” An internal investigation revealed that about 1 percent of the bank’s employees were fired annually for sales integrity violations.

The executives were also blasted for cultivating an atmosphere of unrealistic expectations at the bank. Wells Fargo previously acknowledged that aggressive sales incentives and pressure from management prompted many employees to cheat to meet their goals and keep their jobs. Some executives were also accused of hiding information about the extent of the crisis. During the investigation, 100 interviews were conducted with current and past workers, more than 35 million documents were reviewed, and a forensic analysis was done on the bank’s digital archives.

On Feb. 28, the bank acted to reduce compensation for eight current executives by $32 million in a move that included eliminating 2016 bonuses and halving 2014 performance payouts. The bank has now announced the cancellation of $47.3 million in additional stock options owed to former community banking chief Carrie Tolstedt. The report says that Tolstedt “effectively challenged and resisted scrutiny from within and outside” her community banking division, exacerbating the crisis. Tolstedt resigned in June and has already lost $19 million in compensation.

Former CEO John Stumpf, who resigned in October, will lose an additional $28 million in incentive compensation. The investigation found that Stumpf downplayed the issue and failed to investigate the allegedly unethical activity. It also found that he used his position to protect Tolstedt. Stumpf had already agreed to give up $41 million in compensation and his 2016 bonus.

The 113-page investigative report was released just weeks ahead of an April 25 annual meeting that will see board members up for reelection. Institutional Shareholder Services, a stockholder advisory group, has recommended against the reelection of 12 of the company’s 15 directors. The company said that it rejected the ISS recommendation, calling it “extreme and unprecedented.”