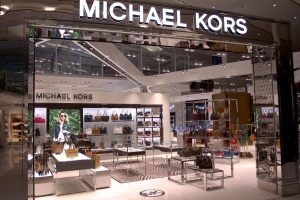 Michael Kors (NYSE:KORS) has announced plans to close 100 to 125 full-price stores over the next two years. As of April 1, the company had 827 retail locations. The company will be holding an investor day at its New York headquarters on June 9. At that event, management will update attendees on Michael Kors’ 2020 strategic growth plan.

The store closures are intended to improve profitability for the beleaguered company. The retailer anticipates ongoing annual savings of $60 million as a result of the closures. The company also expects to take a $125 million charge for them.

In recent months, the retailer has had a difficult time marketing its products at full price. CEO John Idol said in a statement, “Fiscal 2017 was a challenging year, as we continued to operate in a difficult retail environment with elevated promotional levels.”

In the latest quarter, Michael Kors posted a net loss of $26.8 million, or 17 cents per share. In the same quarter of last year, the company reported net income of $177 million, or 98 cents per share. The company said earnings declined due to $193.8 million in noncash impairment charges related to some under-performing stores. On an adjusted basis, the company reportedly earned 73 cents a share in the quarter, beating analysts’ average estimate by 3 cents

Michael Kors, once the hottest name in affordable luxury, has been fighting declining same-store sales for the past seven quarters. The company reported a comparable sales decline of 14.1 percent for the latest period, bigger than the 13 percent drop forecast by analysts. Total revenue fell 11.2 percent to $1.06 billion, from $1.20 billion a year ago. Analysts were expecting sales of $1.05 billion.

The company is just the latest retailer to decide to trim its brick-and-mortar fleet. Many companies in the retail space have seen lagging sales and dwindling foot traffic as more shoppers choose to shop and buy online. Shares of the stock slid more than 9 percent after the announcement. Shares of Michael Kors have fallen roughly 15 percent for both the year-to-date period and over the past 12 months.

CEO Idol said on the company’s earnings conference call, “Fiscal 2018 will be a transition year.” Michael Kors said it expected revenue of $4.25 billion for fiscal year 2018 and a same-store sales decline in the high-single digit range. The company now anticipates first-quarter sales of $910 million to $930 million.