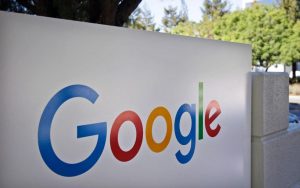 Alphabet’s (NASDAQ:GOOG) Google will add a new feature to its Chrome web browser that will block certain types of ads from being seen by users. Sridhar Ramaswamy, senior vice president of ads and commerce, outlined the company’s new strategy for dealing with ads in a blog post. Ramaswamy said, “In dialogue with the Coalition and other industry groups, we plan to have Chrome stop showing ads (including those owned or served by Google) on websites that are not compliant with the Better Ads Standards starting in early 2018.”

The company says that it will work with publishers to help them understand what kinds of ads will no longer be acceptable. Ads that meet certain annoying criteria will not be shown, like pop-ups, auto-play videos ads, and ads that force readers to endure a countdown before they can see the page’s contents. Websites that don’t meet certain standards could see all of its ads blocked.

According to previous reports, Google approached some publishers about the changes back in April. Many leading publishers use some or all of these methods to increase their ad revenue. Growing numbers of users have responded to the annoying ads by installing ad-blocking software like AdBlock.

Some media companies say they have no choice but to rely on these kinds of ads, because so much of the advertising business has been taken by Google and Facebook. Together, Google and Facebook control more than 75 percent of the $70-billion U.S. digital ad industry and accounted for almost all of the industry’s growth last year. Google’s Chrome browser has an estimated 58 percent share of the browser market.

The appeal of this type of feature is obvious. Google has previously offered a way to block pop-ups in Chrome, but the feature is buried deep in the settings so many people don’t even know that the feature is there. The new ad-blocking features will be turned on by default. Google says it will give publishers “at least six months” to prepare for the change.

As a gift to publishers, Google is also introducing a feature called Funding Choices. Funding Choices allows publishers to give readers the option of either disabling their blocker or buying an ad-free pass for the site when their ads are blocked by third-party software. Publishers will also get a tool called “Ad Experience Reports,” which will alert them to offending ads on their sites and provide them with solutions for how to fix the issues.