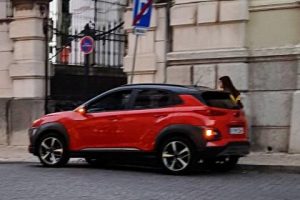 Hyundai Motor unveiled its first subcompact SUV Kona for its advanced markets that include Europe, the United States and South Korea. The carmaker is attempting to offset dropping sales across China and catch up to rivals in this segment.

The automaker based in South Korea said it would be also launching an electric model of its new Kona SUV in 2019 and a smaller SUV as well as a large one before the end of 2020.

This comes during a time when the automaker will likely miss its target for sales for a third consecutive year because of the unpopularity of its small sedans along with political tensions that exist between Seoul and Beijing that have rocked sales across China, the largest market the carmaker has.

Hyundai and its affiliate Kia form the No. 5 automaker in the world. They previously sold small SUVs to only emerging markets and missed out on the strong growth in South Korea, Europe and the U.S.

The subcompact SUV is the top performing global segment with a rate of growth exceeding 46% between 2010 and 2016, said Hyundai citing data from IHS Automotive.

Even as the global market for SUVs is closing in on saturation, the company believes that small and extra small SUVs still have room for more growth than the larger SUVs, said Vice Chairman at Hyundai Motor Chung Eui-sun during the launch of a vehicle just outside Seoul.

The automaker on Tuesday launched its Kona and said it was rolling it out in Europe in two months and in December across the U.S. Its goal is to sell more than 200,000 of the Kona model worldwide in 2018.

The Kona is going to compete with the Juke by Nissan, the C-HR from Toyota and the Captur by Renault. In South Korea, the Captur is sold as the QM3.

In January, Hyundai as well as Kia said the two had a goal of increasing global sales 5% during 2017, but sales for the two combined dropped by 7% between from January through the end of May, hit by a slowdown in sales for the U.S. and China.

Hyundai said it would be accelerating its cooperation with tech companies such as Cisco, Uber and Baidu on self-driving and connected vehicles.

When Chung was asked about acquisitions overseas, he said Hyundai did not have any current plans to acquire any other carmakers.