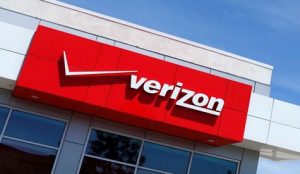 Verizon Communications said Tuesday that it had closed its acquisition of $4.48 billion of Yahoo Inc.’s core business. Verizon also announced that CEO of Yahoo Marissa Mayer had resigned.

The completion of this acquisition represents the end for Yahoo as a standalone web company. Yahoo was a pioneer in the tech world that at one time was valued at over $100 billion.

Verizon, the largest U.S. based wireless operator, is combining AOL and Yahoo. AOL was acquired in 2015 and the two entities will form Oath, led by Tim Armstrong the CEO at AOL. Oath’s more than 50 brands will include Tumblr, TechCrunch and HuffPost.

Mayer sent an email to her employees on Tuesday that said given the imminent changes to her role she would be leaving. She also posted on Tumblr saying she wanted everyone to know she was brimming with optimism, gratitude and nostalgia.

Armstrong told his employees in another separate note that the services of the combined company reach more than one billion people monthly and added that accomplishing the company objectives and its goals would require making adjustments.

Armstrong added that the opportunity that was in front of everyone at the company was not about the opinions by the pundits and was not about its competition, it was about the company and employees ability to focus maniacally on delivering services that are magical to consumers who are mobile enabled.

The close of this deal, which was announced last July, had been put off as the two companies made an assessment over the fallout from two breaches of data that Yahoo had disclosed on two occasions last year.

Last week it was reported that Verizon was planning to cut as many as 2,000 jobs which represented approximately 15% the AOL and Yahoo combined workforce.

Verizon will most likely make the cuts starting on Wednesday. Yahoo during 2016 eliminated 15% of its workers, while AOL cuts over 500 of its workforce.

As of Friday, the rest of Yahoo that Verizon did not acquire would change its name to Altaba, Inc. a holding company with primary assets being its 15.5% share in Alibaba and a holding of 35.5% in Yahoo Japan.

Thomas McInerney, who currently is a board member at Yahoo, will become the CEO of Altaba.