Barclays Charged in Qatar Fund Raising Along With Former Executives 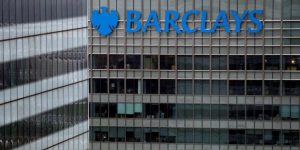 Barclays Bank, along with a former CEO and three former senior managers were charged with criminal counts on Tuesday related to agreements reached by the bank with Qatar, as it looked to avoid a bailout by the government during the global financial crisis in 2008.

The Serious Fraud Office accusations are the first criminal charges that have been brought against a bank and former executives in Britain based on actions taken when the financial crisis began to worsen.

The charges will be a big test for the governmental agency, which suffered many setbacks of late in efforts it has made to prosecute those involved in the alleged manipulation of the Libor or the benchmark interest rate in Britain.

British Prime Minister Theresa May proposed the merging of the fraud office to make a larger body to fight crime.

The charges revolved around the action Barclays took as it attempted to avoid a government bailout when economic conditions began worsening in 2008.

In 2008, the Britain-based bank raised close to £12 billion, or over $15 million, from an arm of the sovereign wealth fund of Qatar as well as other investors in a pair of deals in June and October of 2008

The two deals allowed the bank to avoid any bailout as several major banks in both Europe and the United States floundered and sought out lifelines from governments.

The SFO has scrutinized if Barclays had properly disclosed the agreement it had with Qatar that led it to pay over £300 million for what were called advisory services that were included in the fund raising.

The SFO has been looking as well at a loan facility of $3 billion that Barclays made to the government of Qatar in November of 2008.

The SFO also said that it charged Barclays, John Varley its former CEO and former bankers Thomas Kalaris, Richard Boath and Roger Jenkins with conspiracy to commit fraud through false representation that was related to the fund raising in June of 2008.

Barclays, as well as Varley and Jenkins, were charged with giving unlawful financial assistance and another count of conspiracy related to raising the capital in October of 2008.

An attorney representing Jenkins did not make a comment when requested to do so on Tuesday in London.

Boath said the SFO’s decision to charge him had been based upon what he called a false understanding about the role he played and the facts.