Uber CEO and Founder Resigns Amidst Revolt by Shareholders 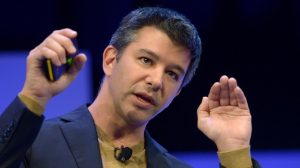 Following several months of problems that ended in a revolt by shareholders, CEO and founder of Uber, the ride-hailing company, Travis Kalanick resigned on Tuesday.

Kalanick, who in 2009 helped found Uber and established the company as one of the high-flying startups in Silicon Valley, will remain on the board of directors of Uber, confirmed an official from the company. Kalanick was asked by five of the company’s major shareholders to resign.

His resignation comes following a number of scandals that came from the now infamous workplace culture at Uber, which many had said is a reflection of the former CEO himself.

The controversies doing the ride-hailing company include a number of departures by top executives and allegations of sexual harassment that raised concerns about the ability of the company to recruit talented female executives.

In addition, Uber has been heavily criticized for using tactics to help it evade law enforcement while also battling against Google in a big lawsuit involving trade secrets.

The company has admitted to under paying drivers in New York City by tens of millions of dollars over the past 2 ½ years.

Kalanick is facing huge personal tragedy as well. His mother was killed in a boating accident just last month.

In a statement that was published this week Kalanick said that he loved Uber more than he loved anything else in the world and at this most difficult time of his personal life he accepted the request of investors to step aside in order for Uber to return to growing instead of being another distraction.

The resignation, which surprised many, comes just one week after Kalanick had agreed to a leave of absence which the board suggested was the CEO’s own choice.

That week, the Senior Vice President at Uber Emil Michael, who is a close ally of Kalanick, was pressured into resigning.

The exit by Kalanick comes amidst a search by the company for a new COO, a second in charge who could take over the CEO reins from outgoing Kalanick.

The role of COO is one of several executive positions that need to be filled, which leaves questions about who is going to run Uber in the absence of Kalanick.

Fourteen top executives besides Kalanick have left Uber in 2017, including its communications head Rachel Whetsone and SVP of Engineering Amit Singhal. Uber, which investors have valued at $69 billion, also is without a CFO.