Bank of America Interest Income Falls Even After Rate Hike 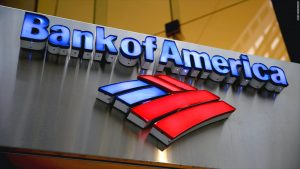 The expected increase in earnings at Bank of America from increased interest rates has come to a halt.

The lender, considered the most sensitive to changes in interest rates amongst U.S. banks, posted a drop in its net interest income that surprised most. Its two biggest rivals Well Fargo & Co and JPMorgan Chase & Co each posted increases for the quarter.

Bank of America CEO Brian Moynihan has attempted to lower expectations of investors that past few months after predicting earlier that the bank’s income from holding securities and lending would soar when the Federal Reserve began hiking its interest rates.

Even with a drop in its interest income, profit at BoA for its second quarter was up from the same period one year ago as the credit quality of its loan portfolio improved and trading ended the quarter stronger than was expected, said the bank based in Charlotte, North Carolina in a prepared statement on Tuesday.

Interest income at BoA was hurt from the sale of its credit-card business in the UK, stagnating interest rates for the long-term and other factors, said CFO Paul Donofrio during a call with the media.

The bank’s net interest margin, which is the difference between what is charged by the bank for its loans and what it pays its depositors, was down 5 basis points for the quarter to 2.34%.

After interest rates were raised by the Fed last December, BoA posted over $700 million additional net interest incomes during its first quarter of 2017. The bank lowered its guidance for its second quarter to an increase of just $150 million, even as the central bank of the U.S. increased its rates in March.

Moynihan in May told bank investors that the increase in its interest incomes would like be only $50 million due to the bank selling its unit in the UK quicker than was expected and yield for long-dated Treasury bonds have remained low.

BofA is expecting its interest income to increase during its third quarter, which assumes a modest growth in deposits and loans, showed a presentation it has on its website.

Donofrio would not give any forecast on the size of the increase the bank was expecting.

Investors have driven up shares of BoA more than other large lenders in the U.S. since the election of Donald Trump as president last November. The investors were betting for brighter days.

The bank has gained over 41% since November 8 in comparison to an increase of 28% for the KBW Bank Index of 28 banks.