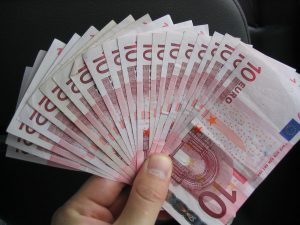 While things were looking up on the European stock market come last Friday, trades were off to a slow start as it opened on Monday. This is due to the downward spiral the US dollar is in right now, as opposed to the euro, which keeps increasing. As a prompt result, British construction firm Carillion filed for compulsive liquidation effective immediately.

The company was already up to its knees in a state of financial crisis, so this outcome didn’t come as a shock to anyone in particular. Trading of the company’s shares was immediately suspended, which led to major competitor Serco’s whopping growth of 4.8 percent. Interserve also managed to rally a total of 1.9 percent, while Balfour Beatty advanced by 0.8 percent.

However, Carillion wasn’t the only victim of this sluggish start of the week on the stock market. Not even the savviest use of trading shortcuts could have stopped this decline, especially under the given circumstances.

According to the official Nasdaq website, a lot of European companies underwent drastic financial fluctuations due to this. In fact, the Stoxx Europe 600 index was down 0.1 percent in opening deals. It had previously risen by 0.3 on Friday, which made its drop to 397.96 that much harder to stomach for some major players in the financial sector.

Airbus dropped about 0.5 percent following it having been fined over an old dispute from 1992 regarding the selling of missiles to Taiwan by Matra, which the company later bought. The total sum to be paid amounted to a devastating 104 million euros. Metso, a well-known Finnish mining equipment manufacturer, also dropped. The numbers were far more alarming in their case, with a total of nine plummeted percent.

Fortunately, there was also growth to be experienced. Both GKN and Premier Foods rose by over three percent, while the Fiat Chrysler automobile giant experienced a market increase which tallied up to 2.3 percent in total. According to Sergio Marchionne, the company’s Chief Executive Officer, Fiat Chrysler has the potential to double its profits in the next five years thanks to the Jeep brand.

Even before 2017 came to an end, predictions about the euro’s future in 2018 were bright and optimistic. And they all came true this Monday, when it grew like never before, pushing the dollar deeper into its decline. In fact, Reuters Agency reports that the stock market opening at the beginning of this week saw the soon-to-be universal currency at its three-year high.

This increases expectation of a tighter monetary policy coming from the European Central Bank as Chancellor Angela Merkel’s CDU (Christian Democratic Union) party together with the social democrats of Germany, known as the Sozialdemokratische Partei Deutschlands, or SPD for short, are moving rapidly towards a new pro-European Union coalition.

In the words of Investec economist Victoria Clarke, “the latest leg up in the euro has clearly come from optimism that the German government is moving towards an agreement for a coalition government.” Regarding the heavily pro-European stance taken by the SPD’s Martin Schulz also makes investing in the currency a safer bet than ever before.

Clarke said that “this follows an earlier move triggered by the crucial line in the ECB account which has got people thinking about when the first move on rates will happen.” Stocks and indexes from all over the world soared high, and even Wall Street expects tremendous growth in the days to come. All in all, the financial sector of the world has never looked better, which means that a much-needed recovery is on its way.