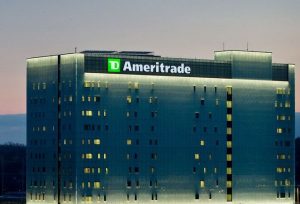 TD Ameritrade (NASDAQ:AMTD) has announced plans to purchase Scottrade for $2.7 billion, but the deal may face some regulatory hurdles and is expected to face close scrutiny from regulators. TD Ameritrade’s acquisition of Scottrade would leave only four major brokers operating in the United States, with the others being Charles Schwab, Fidelity Investments and E-Trade. TD Ameritrade’s CEO Tim Hockey said he believed regulators would look at the deal “fairly.”

In a multistage deal announced Monday, TD Bank Group will first buy Scottrade Bank from Scottrade Financial Services Inc. for $1.3 billion in cash. Then, TD Ameritrade will buy Scottrade Financial Services for $2.7 billion, including $1.7 billion in cash and $1 billion in new shares. A portion of the purchase will be financed by selling 11 million shares to TD Bank, which will control 41 percent of TD Ameritrade’s stock as before. The deal is targeted to close by Sept. 30, 2017.

The deal would bring together two of the biggest U.S. discount brokerages. The combined business would have around 10 million client accounts and $1 trillion in assets, executing around 600,000 trades per day. Scottrade’s co-founder and Chief Executive Rodger Riney will join the TD Ameritrade board and also become TD Ameritrade’s fourth biggest shareholder.

TD Ameritrade said it expected annual cost savings of $450 million as a result of the deal. The combined workforce of 10,000 will be reduced by about 20 percent. Hockey said around 25 percent of the combined business’s 600 branches will be closed. TD Ameritrade currently has 100 branches while Scottrade has 500.

The merger would be the latest in a wave of consolidation in an industry with intense competition and weak trading volumes. E*Trade Financial Corp announced in July that it would buy online brokerage OptionsHouse for $725 million. Ally Financial Inc. purchased TradeKing Group for about $275 million in June. Hockey said TD Ameritrade will continue to look at further deals which “make strategic and financial sense.”

Discount brokerages have also been facing price competition from full-service brokerages and automated investment advisers. The latest figures for Scottrade show a 3 percent year-on-year decline in daily trades for the three months to June. Ameritrade averaged 463,000 trades a day in the financial year that ended on Sept. 30.