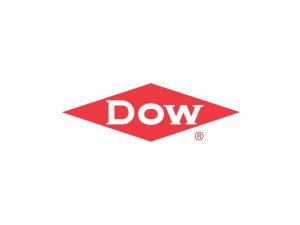 Dow Chemical (NYSE:DOW) and DuPont (NYSE:DD) have received approval for their $130 billion merger from the European Union. The approval is a big victory for the companies. The European Union’s approval means the deal will remain on track for its target completion date of late June. In late January, DuPont CEO Ed Breen said the merger would be completed by the second half of 2017.

The companies earned the approval by agreeing to sell substantial assets, including key research and development activities. Dow will sell two acid co-polymer manufacturing facilities in Spain and the United States. The company is also selling a contract with a third party to buy ionomers. DuPont will sell off large parts of its global pesticides business, including its global research and development organization. The divestitures are considered a small part of each company’s portfolio.

The Commission said that the asset sales would benefit European farmers and consumers. European Competition Commissioner Margrethe Vestager said in a statement, “Our decision today ensures that the merger between Dow and DuPont does not reduce price competition for existing pesticides or innovation for safer and better products in the future.”

The deal still must be approved by regulators in Canada, Brazil, China, Australia, and the United States. It is not known when those countries will announce a decision. The companies said they were confident of the merger clearing in all remaining jurisdictions.

The merger combines two of the biggest and oldest U.S. chemical producers. The combined entity is to be called DowDuPont. The merged company would have holdings in agriculture, nutrition and health, material sciences, and safety products. Dow and DuPont said they would realize $3 billion in cost synergies and $1 billion in growth benefits from the merger.

A trio of mega mergers slated for the industry would consolidate six companies into three. ChemChina has made a $43 billion bid for Syngenta and Bayer is seeking to acquire Monsanto. Lobbying group Friends of the Earth Europe claims that the three deals would lead to the remaining companies controlling roughly 70 percent of the global agrichemicals industry and over 60 percent of the commercial seeds industry.

Dow and DuPont were expecting the merger to be approved last fall, but asked for an extension in September. Rumors of a March approval had been surfacing since late February. ChemChina’s bid for Syngenta could be approved this week. Bayer and Monsanto will request EU approval in the coming months.