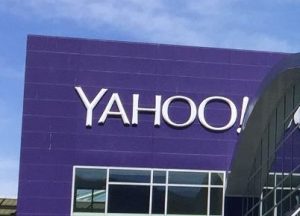 After Verizon’s (NYSE:VZ) purchase of Yahoo goes through, AOL and Yahoo will be merged into a company known as “Oath.” The company has plans to launch Oath in the coming months, according to an AOL spokeswoman. The spokeswoman said Oath would be “one of the most disruptive brand companies in digital.”

The names Yahoo and AOL will not be eliminated. Oath will serve as an umbrella for all of the various properties. AOL CEO Tim Armstrong said, “We wanted something that would be a B2B name that would connect to all the brands: Yahoo, AOL, Huffington Post, TechCrunch, Engadget — all of those brands are going to be the things that consumers see.” Oath will be headed by Armstrong.

The deal with Verizon will end Yahoo’s run of more than 20 years as an independent company. The deal allows Yahoo to separate its main operating business from its more valuable stake in Chinese internet giant Alibaba. After the deal, the remaining Yahoo businesses will be renamed Altaba, Inc. and will act as an investment company.

Armstrong is now making choices on which top Yahoo execs to keep with Oath. According to sources, Yahoo CEO Marissa Mayer will not be continuing with the new company. She is expected to remain with the core Yahoo business. The terms of Mayer’s departure are still being worked out. Yahoo CFO Ken Goldman is reportedly also departing.

The Yahoo-Verizon deal is supposed to close in the second quarter of 2017. The deal was delayed due to the financial and legal complexity a hacking issue introduced into the closing. Yahoo announced in September 2016 that hackers stole personal data from more than 500 million of its user accounts in 2014. Two months later, the company announced that it had uncovered another attack that occurred in 2013 and compromised nearly a billion Yahoo accounts.

Under revised terms of the delayed deal, Verizon’s purchase of Yahoo assets will total $4.48 billion, $350 million less than the original purchase price. Under the terms of the revised agreement, Yahoo will continue to cover the cost of shareholder lawsuits as well as a US Securities and Exchange Commission (SEC) probe into the breaches. The costs of other government investigations and third-party litigation related to the hacks will be shared by Verizon and Yahoo.

Yahoo reported a loss of $214 million for 2016 on $5.2 billion in revenue. The company swung to profit in the final three months of last year, after a $4.4 billion loss in the same period of 2015. The company reported that it had more than a billion users monthly in 2016.