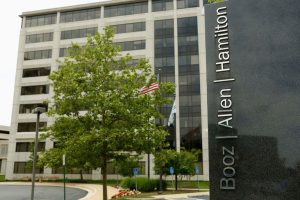 Booz Allen Hamilton the huge U.S. contractor who is at the center of a high-profile disclosures of sensitive classified information, said late this week it was under both civil and criminal investigation for possible irregularities in billing.

The consulting firm said via a post on its website that the U.S. Department of Justice informed it on June 7 investigators were reviewing elements of the cost accounting by the company as well as its indirect cost charging with the government of the U.S.

Booz Allen is considered the world’s most profitable spy business and has lucrative contracts with the U.S. government that represents 97% of the business at the company.

Following the announcement, stock at the company dropped over 13% in trading after hours. Consulting firms charge the government for their direct costs, which include salary of contractors and their indirect costs like marketing expenses, office space and equipment.

Booz Allen indicated that the investigation involved its indirect costs but did not mention it pertained to any specific contract with the government.

A spokesperson for Booz Allen declined to make a comment beyond the statement by the company on its website. The DOJ has not responded to repeated requests for comments made by numerous media outlets.

Government contractors such as Booz Allen are required to follow strict rules of accounting and to submit to cost reports annually by federal auditors. It is not that uncommon for the U.S. government to dispute certain costs, but the disagreements most often are worked out and do not involve the DOJ.

Booz Allen employs over 23,300 people, is based in Virginia and has contracts throughout different areas of the federal government.

Close to 75% of total revenue at Booz Allen is from intelligence and defense contracts.

It earned over $5.8 billion during its most recent fiscal year end, which was March 2016 up from the prior year of $5.4 billion.

Contractors from Booz Allen have worked with federal employees for many decades, offering analytical and technical expertise for intelligence agencies as well as each branch of the U.S. military.

In certain areas of the U.S. government, contractors at Booz Allen and other firms outnumber the overall federal employees, which contributes to the hazy line that is growing between private enterprise and government work.